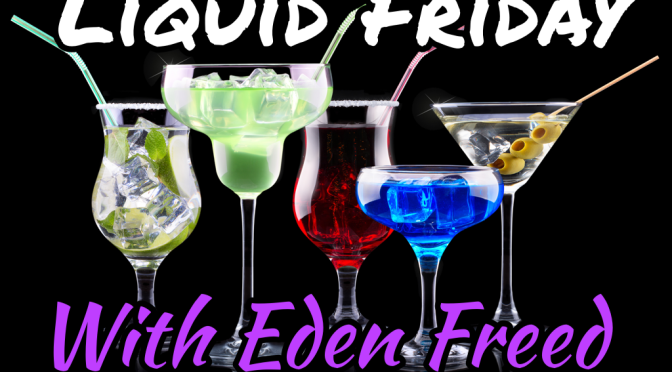 This week we are featuring New York Times and USA Today Bestselling Author of paranormal romance Claudy Conn and her Awakening  book series.

But before we venture into the series let us find out what is Claudy Conn favorite drink?

“I am a Death by Chocolate woman and Chocolate Martini is definitely a nice way to go! LOL.”

Harley has everything a vampire-white witch hybrid could want: wonderful parents, a hunky sort-of boyfriend, and a clan of loving friends. When that life is taken away from her, Harley doesn’t want

to serve revenge up cold. She wants to serve it up now, and she wants to serve it up HOT. And then Kian enters her life and she knows, she just knows she is in trouble because it isn’t wise to let yourself look too long at a hunk that takes your breath away when you think his heart might belong to someone else. But what can you do, when he is in your face every single time you turn around and dark magic, and werewolves keep getting you into trouble?

Even as children they were forces to be reckoned with, but now Stevie and Wendy McChauncey and their friend Bray are all grown up. Stevie is a Druid high priest, Wendy is a Fios with blossoming Druid powers, and Bray has come into his majority as a Royal Fae Prince.

And when Cain Crowton, a powerful alpha werewolf surrounded with an aura of dark magic, moves into the peaceful town of Golden, nestled in the Canadian Rockies, Wendy, Bray, and Stevie will have to use all the powers they’ve developed. For Cain is not simply a werewolf. His body and mind have been taken over by Valmod, a demon from another realm.

Valmod tasted temporary defeat at the hands of Daoine Fae Kian and his vampire-shifter hybrid mate Harley. But he’s had time to recover and to plan his comeback. And he has chosen Wendy to be the mate by his side as he takes over the Human Realm, and beyond.

What would you do if you awoke and found you were wolfen?
Wendy runs. She doesn’t want to hurt her loved ones and she needs to get control of the violence inside of her.

She was bitten by the alpha wolf, Cain, and because she was already a supernatural, the werewolf venom has a strange and devastating effect on her.

Tracking her is her Fae Prince, Bray who is determined to save her and find a remedy for the painful condition of turning with each moon. With him are her brother and her friend Kate.
Together, they fight an evil force, Cain, who is so much more than he represented himself to be. He wants and means to infiltrate the Human Realm, town by town and insinuate himself as the leading power.

Rescued by Wendy and Bray, Cain emerges forever altered. The elixir he was administered to save his life is changing him. He is no longer werewolf, but shifter and Fae and the Fae inside of him is fighting for dominance.

All he wants is to get to his pack and tell them he is alive, but when he finds out that Beckett Rheams has taken over his wolves, he becomes obsessed with saving them and Maven. Maven had shared his bed, but, did he love her? Was she the one destined to be his mate?

That is a question that will haunt him as Tara explodes into his world.

However, when these two meet, worlds collide in an explosion of sensations, with Rheams and Maven hovering with their own agenda.

Now, Harley Awakening is available free for download from Amazon.  Click here to get your copy now!

As I looked around I couldn’t help being proud of my mom as she laughed and hugged our guests. As always I was struck by her beauty. Her long red hair blowing in the summer breeze made her easy to find amongst the crowd of our friends. Dad liked to say I was her twin. I suppose I was, except for my eyes. I got his amber eyes instead of Mom’s green ones. I teased her a lot, telling her they were ‘witchy green.’

Dad pulled her in for a kiss. I made sure they saw me put a finger in my mouth as though to gag, and they laughed. They weren’t more than twenty feet away, and life at that moment seemed beautiful and perfect.

In a human’s heartbeat, all that changed.

A minute before they came, I felt it.

My mother and I had a moment together. I knew she knew as well. We both shouted ‘Run!’ at the same time. But there was no time, none, because our clan didn’t understand. Even as they heard us tell them to run, they looked around and hesitated.

Escape was not an option. Total and gripping fear raced through my body. A threat was no longer just in the air. It had arrived, surrounded, stormed.

“Harley,” my mother screamed and ran to me. She held up a vial she had produced from her jeans pocket. “Drink this, baby—now. Hurry.”

“What? What is it?” I asked and saw something desperate in her eyes, those beautiful, witchy green eyes, and it scared the shit out of me. I knew in that moment that the worst thing ever was about to take place. “Mom?”

“Drink!” she shouted as she poured the damned stuff down my throat. I choked on the first swallow and then took the vial away from her and downed it like I was doing a shot.

I saw relief on her face.

“Baby, I didn’t know it would be so soon. I knew, but I thought we had time. I’m sorry … I hoped I was wrong. I hoped we’d have more time. Today was supposed to be your big day, a party for your birthday. I am so sorry.” Tears ran down her lovely cheeks.

Out of the corner of my eye, I saw my clan begin to gather, back to back. Most of them were unarmed and unfit to take on what was coming, but the scent now was all around us.

Everything happened at once. I stood helpless … like when you reach out to save someone and right in front of you they are taken.

My world was shattered in that old cliché, that blink of an eye.

They came with wicked and bloody intent … they came. I had never seen werewolves that huge, vicious, and purposeful—and it was daytime. What the hell? I stood for a moment, horrified, as I watched my beloved friends try to fight them off. These werewolves were as large as horses, each one with eyes crazed with a vicious ‘kill intent’. Blood splattered everywhere as they attacked from every direction. It was a chaos of screams, painful bellows, and victorious howls.

Some of our clan tried to scatter, some stood to fight. All were being taken down and brutally torn apart. Blood covered the grass …

The atmosphere had the stench of blood, vampire blood—my clan’s blood….

Putting pen to paper came easy. I needed to write–I loved to write,

thus, writing was a given. Going through the process of creating a story—putting it together into a first novel and then presenting it to the world—quite another thing. Just out of school and painfully shy (and I really still am) knocking on doors and asking someone to read my book was (for me) a death defying feat.

I loved English—Irish–Scottish history and had traveled just enough to know the ‘look and feel’ of their beautiful countries. Hence, my regencies such as “Spring Gambit”, Sunday’s Child, and “Myriah” were born. Out of my regencies came my larger and sexier historical romances, such as “Cassandra”, “Blades of Passion”, and “Fire & Desire”, most of which were published by Fawcett. Many of my other titles can be checked out when you go to the links listed below.

However, my daughter lectured me and said that I should write about myself like I write my stories—so here goes…

While I have a fanciful imagination, I am a Capricorn—‘sure and steady’, and the obvious conflict leaves me jumbled. I have a computer, yes (invaluable), but I still jot down ideas on a scrap piece of paper, or a napkin in a restaurant. My imagination follows me wherever we go and sees so much more than meets the eye, and very often my husband will ask, ‘where are you now, baby?’

My dad was the one who clicked into my brain early on, and opened my mind to a world where a girl/woman could be so much more than ‘pretty in pink’. He told me to soar, and soaring for me, was writing.

We love horses and riding and when we migrated from New York to North Carolina we brought our barn with us—and yes, I’d rather muck out a stall than clean a house! My Irish, blue-eyed husband had to have a wolf and so we brought in our little hybrid wolf pup to our home. She is ¾ wolf/ ¼ German shepherd named Cherokee. Her 3 yr. old son (Rocky) is huge and eats everything and anything he can find and weighs more than 170 pounds!

Ireland and Scotland gave us the Fae and the Druids. In Ireland you can still visit the ‘Faery Mounds’. Think of the possibilities. I have and I’d love for you to join me as I explore them. So then, come with me and let’s see where we can go… 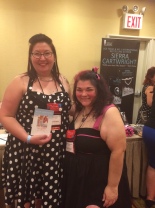 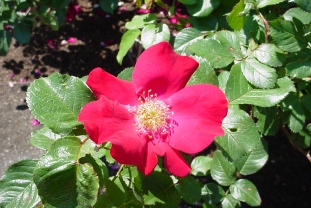 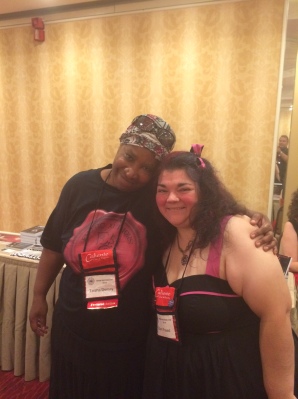 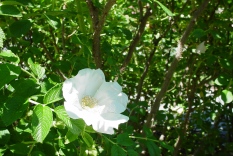