This week we are featuring  Fantasy and Horror Author of Into the Myth, Toad Prince and bestselling horror stories One Way Out ,See No Evil and #Yourenext  R. L. Weeks.

Her favorite drink is Sex on The Beach! So lets hear directly from our featured author:

I used to work in a cocktail bar and I just loved the combination of flavour from the cranberry and orange juice, and when mixed with my favourite

alcohol, vodka and peach schnapps (or sometimes archers instead) it’s just an explosion of flavour! Plus, it gets me pretty tipsy quickly 😛

OK, it’s time to pour a glass of this delicious sounding cocktail, kick back relaxing and read a bit about her newest release:  Beauty’s Beast (Haunting Fairytales Collection Book 2):

The Blurb:
Edward was cursed to be a beast, but the new curse had a cruel twist to it that could put Bella in danger.

The beast isn’t the only thing Bella should fear that roams within the castle’s walls. The rooms all hold cursed hearts and one man who could be the undoing of them all.

James peered over the boat, looking down into the clear blue water. The top of the water glimmered in the moonlight.

‘Careful,’ Bella said and pulled him away from the edge. ‘Remember what Papa said, there are mermaids in this lake.’

‘Mermaids are nice, though, aren’t they?’ he asked his mum.

‘No, they’re really not. They lure men into the water, drown them, then eat their insides.’

He jumped back and sat at the back of the boat, looking cautiously out over the water. ‘Why are we even here then?’

‘We have a task to do. Papa is ill. I told you, I paid a witch to tell me of anything that could help him, and she told me about a magical rose that’s guarded by a monster. It’s in that castle,’ Bella said and pointed at the castle that was growing bigger the closer they got to it. It sat on top of a massive rock; it was larger than most of the cliffs they had seen on their travels.

‘I need you to pick the rose, only one who has an innocent heart can take it from the jar,’ she replied and continued rowing. Her arms were aching, she wasn’t shy to manual labour, but she had been rowing for three hours and her arms felt like they were going to drop off.

‘Mama, when we get to the castle, will they have food?’

‘In my bag, there is some bread and butter.’

James scoffed. ‘Great.’ He begrudgingly took out the stale bread and bit off a piece. As he chewed on the bread, he spotted a tail by the rocks splash out of the water then disappear. It didn’t look that big; it was as if it belonged to a child mermaid. However, it was unmistakably the tail of a mermaid, he had seen pictures, the strange glimmer that covered the scales, the transparent tips of the fins, the golden lines that cracked their way up from the fins to the torso.

The boat rocked and shook as it sailed through the rocks. It stopped at the bottom of the weathered stone steps that wound their way up the surface. James got out first, the water sprayed him, soaking his light brown hair so it stuck around his face. He grumbled and slicked his hair back. Bella got out after and laughed, the water lapped around her ankles. They climbed a step so they were out of the water. Her pale yellow dress hung around her ankles, she lifted it up & followed her son.

‘I wouldn’t worry. I’ve heard that no one has actually seen this monster that guards the rose. I think it’s just a story made up so people wouldn’t try to steal it.’ They huffed as they climbed the steep steps, Bella helped her son by allowing him to put a lot of his weight on her arm.

‘So we will be safe,’ he asked, raising an eyebrow.

‘Perfectly safe,’ she promised. ‘I won’t let anything happen to you anyway. If there is anything dangerous in there, then you run back to the boat and leave me if you have too,’

‘I wouldn’t leave you mama, plus, if there is a monster, I will strike it with my sword.’

She laughed. ‘So where is this mighty sword?’

He looked up. ‘You see the front of the castle, where the steps stop, and the drawbridge starts?’ she nodded, smiling. ‘Just past there, to the right should be an armoury, there always is. Somewhere in there will be an enchanted sword and only one who can kill the monster will be able to find it…’

She grinned. ‘You’ve been reading my books again, haven’t you?’

‘Maybe, but, it’s true,’ he stated and climbed faster. He loved adventure; ever since his dad had died, he felt the need to protect his mother.

‘Well, we will first look for the enchanted sword, slay the beast, then grab the rose. We will be home within days,’ she said, fuelling his imagination.

‘Yes, and the beast will try to capture you. But, I will find the secret passages that are obviously hidden behind the tapestries and break you out.’

‘Yes,’ he grinned, getting excited. ‘Then the beast, I believe he will live alone. Cursed to remain at the castle. He will try to attack me, then plunge himself onto the sword which will glow brightly before he runs into it. By the time he realises that I am the one who was prophesied to kill him, it’ll be too late.’

‘You will return as a knight,’ Bella shouted. James punched a fist into the air and laughed, but wobbled a little on the step. Bella grabbed him and pushed him up further.

‘Let’s go get this beast,’ she said. She knew there wasn’t a beast, a monster, or anything in there. But, she would always play the game. He would come up with the craziest stories about men he had seen walk past, how they were cursed, how one was a dragon slayer, and she would always go along with it.

She wrote fantasy stories for children, and he had taken to reading them all. One dragon at a time.

‘So, where’s this armoury?’ She asked as they climbed the last few steps.

When they were in full view of the castle, Bella’s heart pounded loudly. Maddening screams were coming from the barred up windows, the two large doors creaked open as James approached.

R. L. Weeks is a fantasy and horror author living in Exeter, UK. She grew up in Devon surrounded by local folklore which she incorporates into her writing. 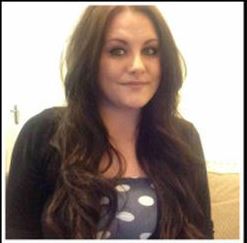 Into the Myth, published by CHBB, One Way Out and See No Evil, published by Vamptasy, are available for purchase on Amazon and Kindle.

She wants to write novels to inspire and help young people in the same way that fantasy books helped her. Horror is a genre that she wants to bring people back to ‘it’s such a deep genre. It’s so much more than just scaring people, it gives them a sense of empowerment. I’m obsessed with the reality of the human condition and the darker shades of humanity. I try to tell my stories from a different viewpoint.’ 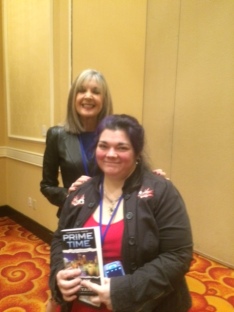 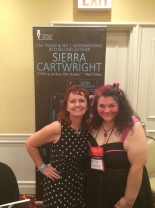